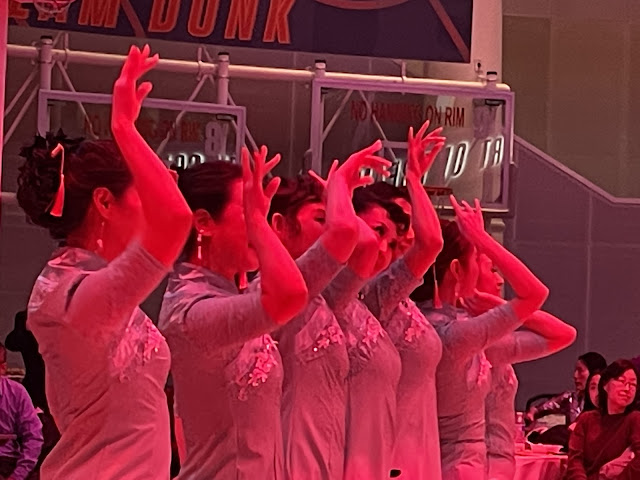 Year of the Rabbit As the snow falls,  the memory of younger selves,  like a broken and bruised banana,  the salvaged detritus of previous jobs,  a yellowed piece of plastic. Everyone waits in line,  everyone celebrates differently,  everyone lingers suspiciously on faces they don’t know.  At the end of the line is pizza.  At the end of the line are chopsticks and fortune cookies.  The volunteers ladling small portions have name tags that say,  Volunteer. I cannot fathom murder.  I cannot fathom the end of life.  The instant appearance or disappearance  is enough to inspire me to take up religion,  again.  What do you say to someone who has lost an aunt,  a mother, a sister, a dance partner?  Is it enough to listen? In the year of the rabbit,  none of the victims were below the age of 50.  The DJ was playing a Light Rain in March.  It was not yet February.  Here there is quietness.  Stillness.  Ash in a cold stove.  A frozen bottle of water left in the car overnight.  Squirrel footprin
Post a Comment
Read more 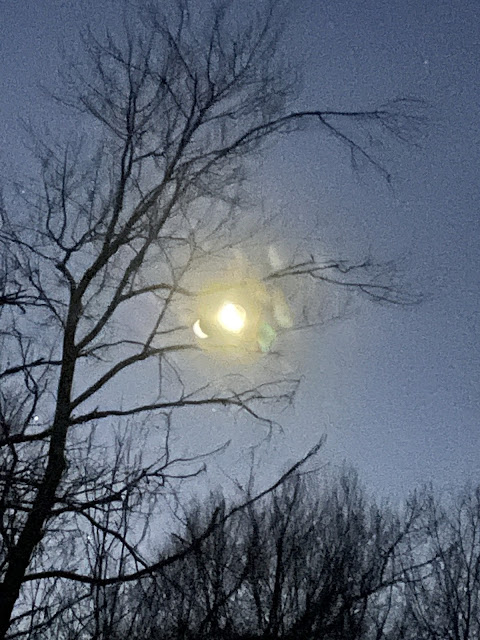 Salesmanship The same algorithm that shows me ads  for men’s underwear  and off brand viagra  also promotes wool slippers  and extravagantly patterned cardigans.  Titillate or lull.  That is the age I am at,  apparently.  Where are the vacations in Turin,  the scuba diving lessons,  the vision quests?  Who needs a self improvement aid  guaranteed to do something in eight weeks,  at this stage?  I’m tired and have had a low level sore throat for weeks.  My body is doing something.  When I close my eyes  the ticking of the wood stove lurches  like an intoxicated metronome.  The fan of the humidifier  is the distant burble of a hot tub.  A man walks by in yellow striped speedo briefs  and drops into the water.  The dog sleeping on my lap  is slowly weaving threads of hair into my sweater.  Without,  my feet have a slight chill,  but relish in the freedom.  Morning Moon
1 comment
Read more 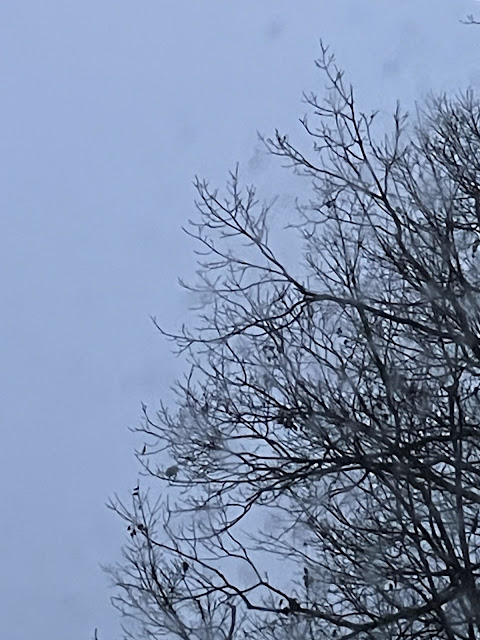 A Bolero Fantasy I still fantasize about the band embarking on a world tour. After the holidays,  all the Christmas tree lights go on sale,  and band practice rooms are so equipped all across our land. When heroes die  there is a requisite period of private mourning  even though you never met the man.  To have listened was enough. Who knows what people are like behind closed doors,  riding in the back of a taxi,  sitting in an airport lavatory.  What kind of man talks on the phone while at the urinal? Who strikes up a conversation with the driver? Who cries themselves to bed at night with imaginary tears? On the fourth night of split pea soup,  do you continue on? I dream with my eyes open,  while eating cinnamon raisin bread,  or waiting for an email to digest,  or watching the sugar on a sweet potato caramelize. If animals remember where they stored last year’s nuts,  perhaps they also remember a particularly warm summer day  when the breeze was just right  and the clouds looked like
Post a Comment
Read more 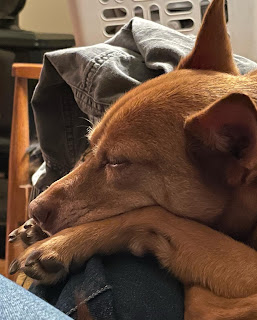 Company A cold quiet evening,  the dog is thirsty for companionship  as I build the fire,  release the cat from the bedroom,  eat a handful of wasabi almonds,  pour myself a glass of juice.  I can feel the emptiness in my fingers and my toes,  the chill never quite leaving since this morning  when I stepped out of my robe and slippers  onto the stone tile of the bathroom floor.  I remember walking across a dew dappled lawn in summer,  before even the moose were stirring  and my feet were soaked through.  I had to wring out my socks and hang them up to dry  like a pauper’s Christmas.  My wife hasn’t left me because the marzipan is still on the coffee table  and the dog.  But still,  the quiet.  I might close my eyes.
Post a Comment
Read more 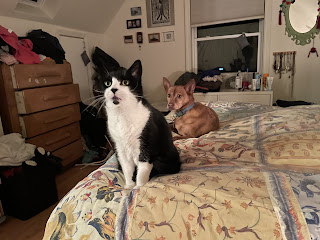 What We Think About as We Get Older Taste is a funny thing. Sometimes, perception can be so precise. A specific brand of cranberry-apple juice can be unique and render other brands as mere imitators. If I were more of my mother’s chemist, it would be a blessing because I could replicate the correct proportions out of bottles of cranberry and bottles of apple juice. Instead, I just express my disappointment and suffer through 64 fluid ounces until I can play the grocery store juice roulette and hope my brand is in stock the next time we go. My mother’s taste must be like that for all things. She has a precision to her cooking that is so identifiable. Whereas my cooking is more like a Cray-Pas smudge, my mother’s cooking has the sharp lines of a graphite automatic pencil. I need to be certain to pay more attention the next time I visit. I have to admit, my excitement of eating my mother’s cooking often overwhelms me and I find I have eaten without attention, just succumbed to the pleasur
Post a Comment
Read more 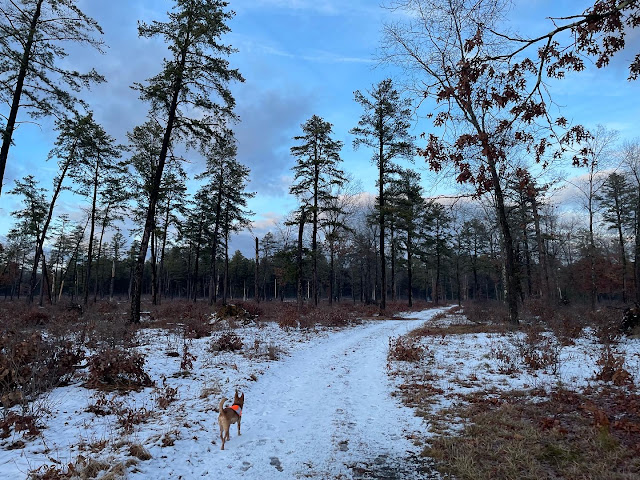 A Rural Light I am supposed to be writing a piece about rural life and the crossroads we are facing as part of a Smithsonian and Mass Humanities grant I’ve been a part of, but every time I sit down, all that pops into my head is Ralph Macchio and Steve Vai. I don’t recall if I ever actually saw the film, but the epic guitar battle scene was my introduction to Steve Vai, who in a guitar magazine interview, when he was asked what his favorite piece of gear was, instead of talking about his Ibanez signature guitars, or his Carvin signature amps, or his neon painted guitar pedals, he said it was the fans installed at the foot of the stage so he could stand dramatically with his hair billowing out around his head as he soloed. That made me like him before I ever knew he played for Frank Zappa. I’ve had a more troubled relationship with Ralph Macchio, who is perhaps better remembered for his Karate Kid incarnations. One one hand, Ralph Macchio and Pat Morita made martial arts cool again (aft
Post a Comment
Read more 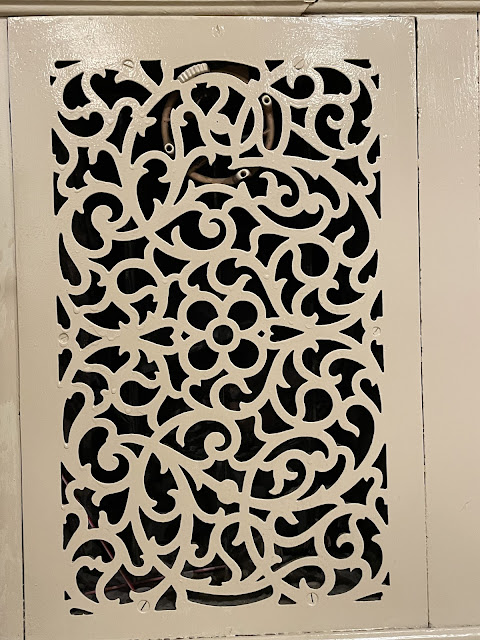 Explaining Crab Rangoon I am a diligent worker,  and today I am finally only one day behind in emails.  I wrote the date correctly on the first try  for the first time of the year.  There is a bare spruce tree sitting  in the corner of the living room.  It is hard work integrating new rituals into one’s day.  The brain breathes with greater exertion,  the body yearns for a nap.  On the floor of my car this morning  was a toilet paper roll,  a disposable razor,  and a dead mouse with cloudy eyes.  I miss resiliency,  but I am enjoying the silence.  When there is silence.  Lately,  I have been re-acquiring heavy objects  that are much harder to move at this age.  I am tempted by the substance  and imagine the fantasies of a younger self.  I tried to describe crab rangoon to my son,  who does not eat animals,  and failed.
Post a Comment
Read more
More posts