Eventually, you will forget everything except the slights.
There will be runny noses,
an irksome rash,
somebody will cough behind a surgical mask.
Who makes light of such things?
Waiting in lines,
people standing in closed stores,
an empty campus.
I wear my optimism like a shield
to protect everyone else from what is inside.
Suddenly,
it is too cold,
it is winter,
it is the day my foot broke the frozen surface of a wheel rut
and plunged shin deep into the crispness,
and for a moment it was like nothing had happened at all,
like I had moved faster than the rate of diffusion.
There was a cold night when I almost gave up,
my heart always to eager to please,
that dangerous innocence of childhood,
as delicate as a ripe fruit just waiting to be bruised.
I was beginning to think I could not bear it.
There are four things that give me pleasure on a cold winter’s night.
A glass of juice on ice.
You will remember arriving at the conference
and hearing people whisper,
bumping elbows like wings.
Someone said something about Boston.
I was forty-eight, forty-nine,
then fifty.
A friend measures his remaining working life
in five year stints.
He counts backwards from when the onset of dementia
first affected his father.
We all think we might as well count along with him,
because what is the harm,
why not value this moment more than the previous one?
I keep telling you
the dawn is nicest when you are in the shower,
but I can’t hear a thing with the water running,
and by the time I notice,
it is light out and I’ve missed it.
Missed it all. 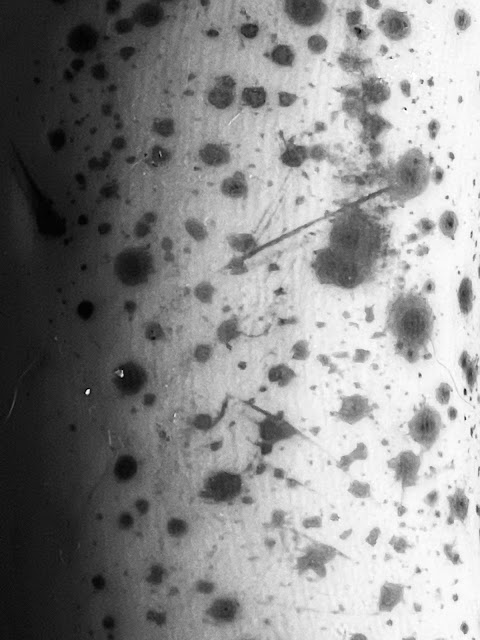