The Breath of Dragons

All day there has been a storm blowing in and it is still not raining yet. Even this morning, the air was balmy with short little licks of moist, super warm, glasses-fogging air, that enveloped my body, and then just as suddenly, just a few feet down the road, the air was cool again and my glasses cleared. This morning I wrote that it felt like climbing into someone else’s sleeping bag… tonight I imagined it to be like dragon’s breath. Like a dragon was lurking just out of sight in the woods as I was riding by.

This morning I wanted to stop and write about it. I was worried I would forget, the way one forgets a dream. I wished my watch was new enough that I could speak to Siri through it… but instead I tried to crease the memory in my brain, repeat it this way and that way, turn it over and over, with the hope that it would stick and I would remember.

Tonight, the ride home was surprisingly warm. I left my jacket and long pants off and rode home in shorts even though it was late, really dusk, and nearly dark by the time I got home. The gnats were out and seemed attracted by my headlight, or maybe my light just illuminated the clouds of insects I was riding through. I tried to keep my mouth shut and thought of Amanda’s photo after riding through a gnat-filled night. I tried to ride fast, knowing my light was limited and I was seeing less of the road in front of me. On the plus side, it was much easier to tell when a car was coming because the road illuminated by my side before I could even hear the vehicle.

Riding through the rural hills of Western Massachusetts, it becomes more and more evident how much our cars pollute the atmosphere. It is shocking how much an older vehicle, a hyper-tuned lowered body pickup, or a more recent Mustang, spews noxious fumes in its wake, and how long it lingers in the air, long after the car disappears in the distance. I wonder how our addiction to oil and gasoline will seem after we have all shifted to electric or other alternative fuel vehicles. Will we even remember what it is like to sit behind a car idling at a stoplight? I can only vaguely remember what leaded gas was like, and how we used to excuse the clouds of exhaust from early diesel cars, saying they were more efficient.

I look forward to that cleaner vision of the future. To think, we will look back and shake our heads at the mountain top removal for coal, the miles of pipelines and subsequent spills, and wonder how humanity could have tolerated such blindness.

If we make it that far.

I bicycle to combat the sensation of impending dystopia… the crazed politics, the flooding, the new virus variants. Outside, not wearing a mask, feeling the breath of dragons… that is the place for me. 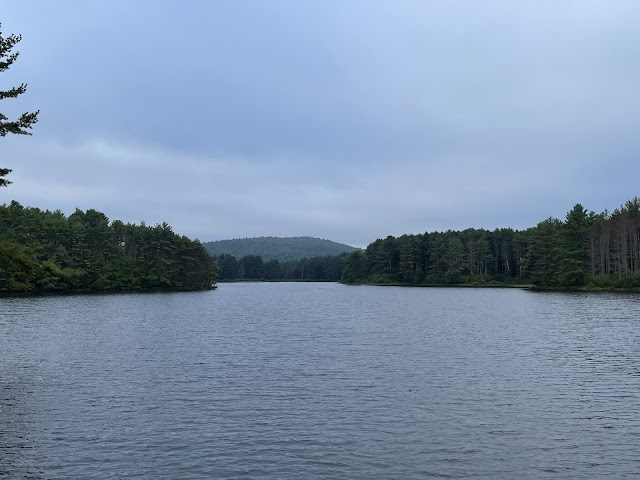