I am a Mollusk 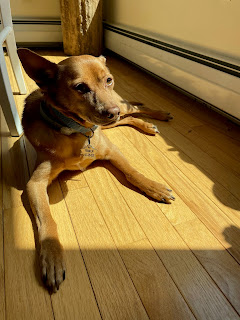 When I was little, my best friend Taejin lived in an apartment complex, the kind with parking lots that were divided up among different sets of units and each parking lot had its own large dumpster. I remember he was telling me how he could turn a soda can into a spaceship. I was enthralled and couldn't wait for him to show me. We climbed inside one of the dumpsters and picked through the soda and beer cans until we found one that met his exacting parameters, which meant it had to be perfect without any indentations. Finally, we found one unblemished can and he brought it out to the parking lot and very carefully pinched the can down the middle. And that was his spaceship.

I was disappointed and worried that I had a less active imagination than my friend. I was disappointed in many things at that age. I always wanted reality to match the expectations of imagination, and at that age, I think the imagination is so fantastic that it is only possible for reality to disappoint. We were spies with a suitcase full of Monopoly money, we had Six-Million Dollar Man stickers on our bicycles making them bionic (or maybe that was just his bike). Sometimes, when one of our fathers or relatives traveled to Japan, they would come home with some fantastic new robot toy that shot misses from its knuckles. Those toys almost didn't disappoint, their only failing was not matching the limb articulation and escape spaceship pods of the cartoon versions.

I wonder when it is that our imaginations tend to become more restrained and tethered to this Earth. I suppose, when I allow myself the little fantasy, I still can engage in that kind of imagination... like where I pretend I am playing in a rock and roll band touring Japan, or traveling the country on a book tour.

I was reading an interview with an actor, screenwriter, director, entrepreneur, ceramics artist. He seems to inhabit that space of imagination continually, and even has a golf cart to help drive up packages that are dropped off at the gate and are too large to carry.

Oh yeah, sometimes I imagine I get discovered as an actor.

In middle school I loved acting and thought I had found my calling. I played mostly bit parts, like a townsperson in The Lottery, a mollusk in an interpretive poem, things like that. But I loved how acting gives a person permission to pretend and inhabit that pretend self. I used to pretend that I was one of the Blues Brothers with my friend Andy. We had never seen the movie, but we ran around wearing fedoras and sunglasses and imagined running away from any kind of authority. We were dead serious about it. Acting seemed like practice for pursing one's dreams. Everything else in school seemed to define you by your limitations, how many pushups you could do, one's dexterity at long division, the ability to recite the plot of a biography on Abraham Lincoln. In theater class, once you overcame the self-conscious giggling, you could become a serious mollusk.

To be honest, I'm not sure I ever truly transcended myself in middle school. I was almost always too nervous. But, I could imagine transcending myself. I could imagine the actor I could be if I was able to allow myself to inhabit the role as I thought I could. I caught a glimpse of this in our improvisation exercises, which were like rapid fire miniature character studies.

It is funny that a 49 year old man can remember his middle school theater class. I remember the middle school dances too. There was a girl who dressed like Madonna. The whole dance paused so we could file into the theater to watch the premiere of Michael Jackson's "Thriller" video. And always, there was Led Zeppelins' "Stairway to Heaven" as the crowning slow/fast song of the evening. Then, at the end of the dance the lights came up and sweaty bodies separated in the stark cafeteria light and, swaying under the influence of suddenly triggered pheromones and legs weary from dancing all night, we teetered out the front of the school and waited to get picked up by our parents.

When I was in middle school, some of the high school kids took over the high school, locked the dean of students in a closet, and played Pink Floyd over the intercom. The schools were separated by a concrete covered walkway and I think the teachers were frightened that the rebellion would spread like an unchecked fire, but the high school students left the school building and walked up to the center of town to air their demands at Town Hall. I don't think I ever knew what the demands were, but what a marvelously naughty legacy to leave behind.

In a less noble form of imagination, I used to always imagine how I would react to racist incidents. As if I were an actor, or a high level athlete, I would imagine my sharp retort, the smooth effortless physicality of getting in a physical altercation. Of course it never happened that way. Most of the time I was left speechless and stationary and second guessing myself. Today, after work, taking Franklin for a walk in the Montague Center conservation area, I imagined what it might be like to encounter someone intent in doing me harm, someone who mouthed epithets before taking a swing, or charging. Just like that, I slipped into that old imagination exercise, and envisioned how my body might still move like a seventeen year old wrestler with the solidity of a football player. Never mind that I am no longer either of those things and I seem to be able to hurt my back by sitting funny.

I was in a meeting today where people talked about how they were feeling in the wake of violence against AAPI people and what they were doing on their campuses in reaction to that and how they planned to prepare for next year to support all BIPOC people from the continual onslaught of violence and violent images on media.

I listened, but I also tuned out. Once my imagination kicks in, my body has a more physical reaction that is akin to how I imagine a panic attack or an anxiety attack must feel. My heartbeat rises, I become alert, and I feel my body prepare for fight or flight. It takes a concerted effort to relax, to return to state of normalcy. I imagine from the outside the change is imperceptible, but inside it feels profound, particularly for someone who considers himself to be 95-99% a pacifist.

I am fortunate that it is all imagination. There was no risk of incident, aside from a pack of unruly dogs, at the conservation area. There were only friendly faces and kind remarks.

Thinking back, I think I can be more generous with my friend's soda can spaceship. It does become kind of tie-fighter like when you squish a can in the middle. It is a much better use of imagination to turn a bit of trash into a plaything. 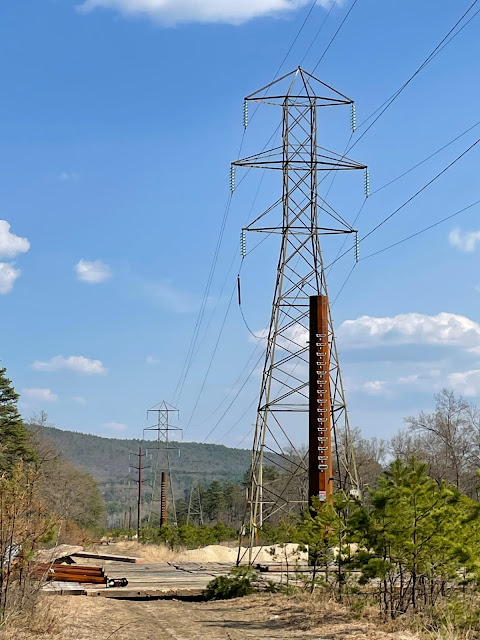 We Are Not Invisible
Tuesday, April 27, 2021 |   6:00-7:15pm EST
Join us for Asian American Pacific Islander Heritage Month as this panel of Asian-identifying women discuss how they  have encountered biases, such as the model minority myth, in their everyday lives and careers. In collaboration with UMass Aspires, Women of Color and Leadership Network, Women, Gender, Sexuality Studies  and the Yuri Kochiyama Cultural Center.
ASR caption will be provided. If you need other accommodations, please do not hesitate to fill out the request form below.
https://www.umass.edu/disability/events
https://umass-amherst.zoom.us/meeting/register/tJ0pdO6oqzwrGdyFu4uxmTUqaYQ0enx9meYI

Put Your Own Oxygen Mask On First
If you've been on an airplane, you've heard the announcement: if there are changes in cabin pressure, put your own oxygen mask on first before helping others. The creative sector is an ecosystem with value in economic impact and empathetic impact. And...you can only give your best to your work and to others by giving your best to your self first. Here is a short list of some resources in the region aimed at giving self care support to creative individuals (and organizations):