I was born in Milwaukee, but my parents moved to Massachusetts when I was one, so I have no memories of Wisconsin other than those generated by photo albums. I used to be eternally curious about that life before I existed, the yellow Volkswagen Beetle, the fishing trips with long pickerel, stories of eating bologna, my mother's penchant for Oreos, a black dog I never met, and a landscape I have never witnessed. I joke that my birth place is the source of my love of cheese, but there it little else of that existence that remains in me.

It is interesting how the mind can fabricate memories around photographs, particularly ones that you grew up looking at. The photographs themselves become a part of one's memory as much as the subject. Growing up, almost every Korean family had these intricately adorned traditional chests that on the front had double door compartments large enough to store blankets if one wanted to. There was always a peculiar smell inside, something about the wood, or the stain, or varnish. The large compartment doors were closed with a simple latch and a keyed lock in the shape of a fish or some other object. The key was a flat piece of metal with a 90 degree bend in the end and a cutout that served as the release for the mechanism. Attached to the key, for ease of finding, was invariably a brightly colored tassel, the kind also found in almost every Korean home. The side drawers held odds and ends, decks of cards, keys to cars we no longer owned, Yut Nori sticks, and, of course, the cabinet key. The big section, in our house, held all the photo albums, and that is what drew my attention.

I was less drawn to the photos from more recent times, instead I was attracted to the wedding photos, the honeymoon at a ski resort, the fishing trips and mountain climbing. And the dog. I was constantly asking about the dog, what happened to it, what was its name, anything to bring me closer to life with a dog (it was a few years after my brother was born and we finally got a dog).

I suppose this sort of thing happens more rarely now. There is a whole transitional era of moving from film to digital... a whole decade of medium that is either obsolete, or never transferred to photo albums, and who sits looking through another person's digital photo files in this day and age. But back then, in the pages of National Geographic, you might find a vinyl plastic sheet imprinted with the sounds of a humpback whale that you could play on the turntable. And you could listen to humpback whales while lying on your stomach and flipping through the sticky cardboard pages behind cellophane.

I found a triptych of photos I made the other day. It was from the early years of digital photography, the images printed on a home inkjet printer on glossy paper. Even preserved behind glass and tucked away from sunlight under a desk, the images were cracked and scaled like a fresco in a Renaissance chapel. Images of California wine country looked fragile, as if pieces of the image would fall off if I dropped the frame, or bumped it too harshly. Those same vineyards are probably burned or scalded now. I was there for the Napa Valley Writer's Conference and loved the otherworldly feel of land. I remember the dry heat of the day where the temperature routinely rose to over a 100 degrees Fahrenheit, and then dipped down surprisingly cool in the evening to where you needed a sweater or jacket. I befriended a former race car driver who whipped my rental Hyundai through the curves and mountain roads going up to the convent where we spent our nights. Every night there was a reading at a different winery with a delightful selection of cheeses and crackers. Of course, being who I am, after a few glasses of wine, I would drift asleep as a fantastic array of writers spun soporific images in my head.

There was another trip from around that time period when I went to Glacier National Park. There are a few digital images that have survived through various conversions, but the largest they can be blown up is a little smaller than a 3x5 card on the computer screen, and even then the image is pixelated. So instead I have mainly my memory, about how we perched on an outcrop that extended into a glacial lake with the earth dropping hundreds of feet away on all sides. It was incredibly windy and nearly icy since it was still early spring. I wrote in a notebook, and as I paused to consider something, the wind took the pen out of my hand and flung it across the outcropping. I instinctually chased after it, only stopping short when I regained my senses and watched the pen disappear over the bluff and into the pristine national park void hundreds of feet below. There was also a herd of elk. A tremendously good strawberry shortcake. And a tribal community college where the students helped build the college's buildings.

I think I take too many photographs now to select specific ones to remember. Just today, as I walked Franklin at lunch, I took a few photos of the plants and leaves to share with you, because it is so easy. But it is so easy, it is as if all photos are lost, because after today, how will I ever find those images of the red leaves again?

Stay safe and be well, 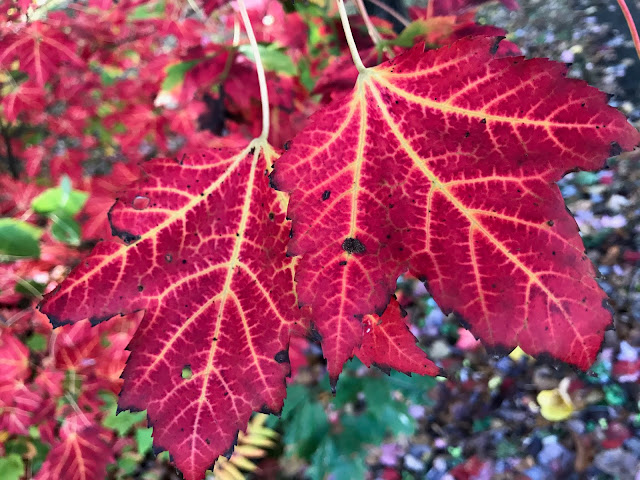 October is LGBTQ+ History Month. We hope these resources will help you and your students as you celebrate the diverse identities, experiences and histories of LGBTQ activists—and the continuing fight for LGBTQ equality.

The full story of Japanese American incarceration during World War II echoes in present-day injustices, but it continues to be left out of history curricula. TT’s Cory Collins details a new project from the National Veterans Network and the Smithsonian’s Asian Pacific American Center that can help. Learn more about these stories and why they must be told.

The Weaponization of Whiteness in Schools

Studies show that when educators perceive challenges to their power, they disproportionately view Black students as the source. In the Fall 2020 issue ofTeaching Tolerance magazine, Staff Writer Coshandra Dillard writes about why it’s time to recognize the pattern of educators weaponizing their whiteness in schools and put a stop to it.

From the Daily Yonder:

Tonight, log on and tune in with fellow FreshGrass fans from across the globe to #FreshStreams: Celebrating 10 Years of FreshGrass. This FreshGrass Foundation Facebook live event will feature Steve Martin introducing the recently announced Steve Martin Banjo Prize winners, as well as Kronos Quartet and Alison Brown from Studio9, Chris Thile and Dom Flemons from MASS MoCA, Mamie Minch from Governors Island, and more. Clear some space in your living room and get ready to dance along. 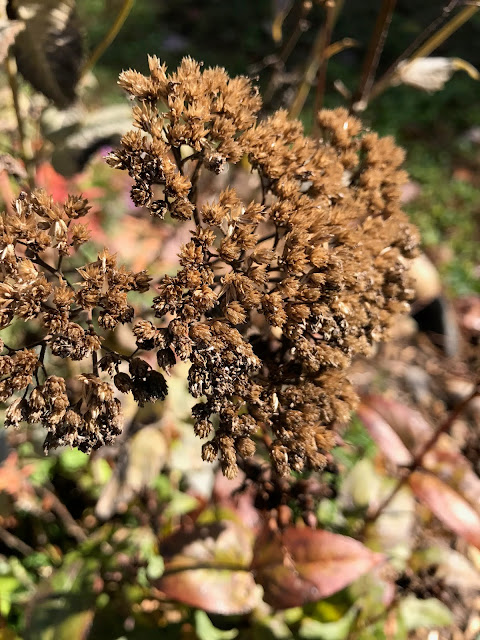 How Mature is Your Institution’s Online Learning Environment?

Even before the COVID-19 pandemic, higher education institutions were transforming and adopting more advanced online learning capabilities to cater to a new generation of tech-savvy, digital-native students and to address changing needs in the workforce. While some colleges and universities are now well versed in the world of online learning with advanced environments that encompass modern, user-friendly tools, not all institutions are in solid positions. In today’s world, institutions need to consider their readiness to develop and continually support a competitive online learning ecosystem.

Leo Hwang
Leo Hwang received his Ph.D. at the University of Massachusetts in Geosciences with a focus on the diverse community economies of artists and artisans in Franklin County, an M.F.A. from the University of Massachusetts at Amherst, and his B.A. in English and Fine Arts from the University of the South. His work has appeared in The Handbook of Diverse Economies, Human Being & Literature, The SAGE International Encyclopedia of Travel and Tourism, Route Nine, Rethinking Marxism, Solidarity Economy I: Building Alternatives for People and Planet, Meat for Tea, The Massachusetts Review, Glimmer Train Stories, Rivendell, Can We Have Our Ball Back?, Fiction, Three Candles, Gulf Coast, The Vermont Literary Review, and The Dickinson Review. He has taught at the University of Massachusetts, Amherst; Mount Holyoke College; Greenfield Community College; and Westfield State University. Mr. Hwang is currently the Dean of Humanities, Engineering, Math, and Science at Greenfield Community College. He also plays guitar in two bands, The Warblers and Vimana, and bass in the Original Cowards and The Big Why.